Towards an equally travelled path 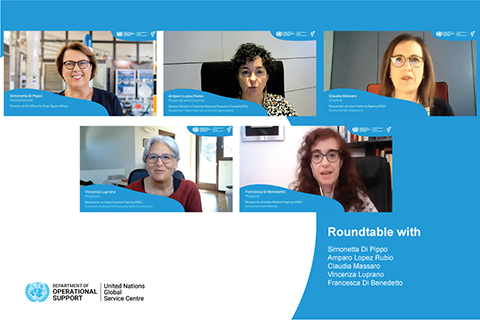 This year’s UN theme for the International Women’s Day, ‘Women in Leadership: Achieving an equal future in a COVID-19 world’, celebrates the achievements and successes of women across the globe. For the occasion, UNGSC chose to place attention on the women who have defied tradition to pursue their professional dreams in fields still today dominated by men.

On the 8th of March, universities and high schools from Brindisi and Valencia attended the UNGSC online event to receive a powerful message: united we can achieve gender equality. With testimonies from women in the police force working in peacekeeping missions, and the direct participation of women in the scientific sector, the event hoped to inspire young generations to fight for their dreams, even if it means facing the challenges of a less travelled path.

The scientific and technological career path is, indeed, an improbable choice for women: only 35% of STEM (science, technology, engineering and mathematics) students are women. The lack of female presence in the sector exemplifies the gender gap that the UN is determined to bridge. The prediction, however, according to the latest Global Gender Gap Report, is that more than five decades is needed to achieve gender balance in Western Europe, more than 15 in North America, and more than 16 in Asian Pacific. There is, nevertheless, reason to celebrate. As UNGSC Director, Ms. Ceglie, highlights, both Spain and Italy are among the top 10 countries to make the biggest progress towards a gender balanced society in the core domains such as work, money, knowledge, time, power and health. 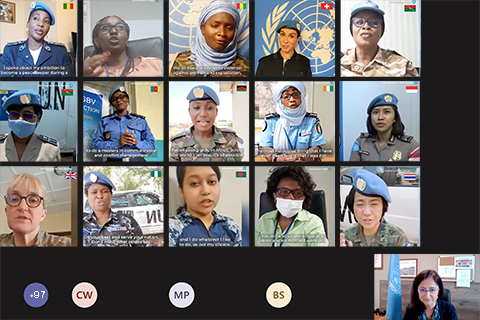 The online event gathered successful women from the scientific sector in both Spain and Italy to share their own careers and personal experiences with the audience represented by UNGSC staff and students form Brindisi and Valencia Universities and High Schools.
To honour UNGSC with their presence, keynote speakers were: Ms. Simonetta di Pippo, Director of UN Office for Outer Space Affairs; Ms. Amparo Lopez, Deputy Director of Institute of Agrochemistry and Food Technology; and three scientists from the Agenzia Nazionale per le nuove Tecnologie, l’Energia e lo Sviluppo Economico Sostenibile (ENEA Brindisi Research Center), Ms. Claudia Massaro, Ms. Vincenza Luprano and Ms. Francesca Di Benedetto. By sharing their responses to UNGSC’s questions regarding their career paths, the impact of COVID-19 on their work as well as their personal perspective on gender imbalance within leadership positions, they gave tangible proof that dreams can indeed be achieved, and obstacles can be overcome.

The road towards an equal society has only began, but in order to walk through it we need the support and collaboration of each and every one of us – including men. The UNGSC event, stressing the importance of UN HeForShe’s mission, also counted with the participation of Mr. Jaime Cuenca, member of the UN Police Division, who underlined the importance of a gender diversified workspace for an unbiased commitment towards the community.

The conclusion of UNGSC event left a positive mark on the fight for gender equity by providing young girls with role models to be followed, curiosities to be sought, and a mission to be accomplished: ‘concentrate on your beliefs, follow your dreams and, very importantly, support one another. 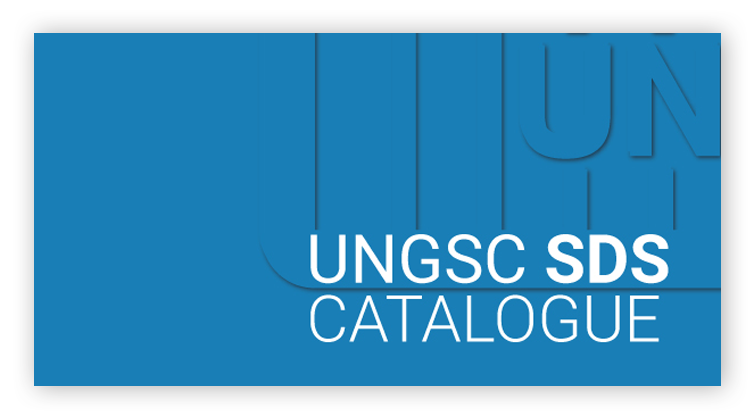 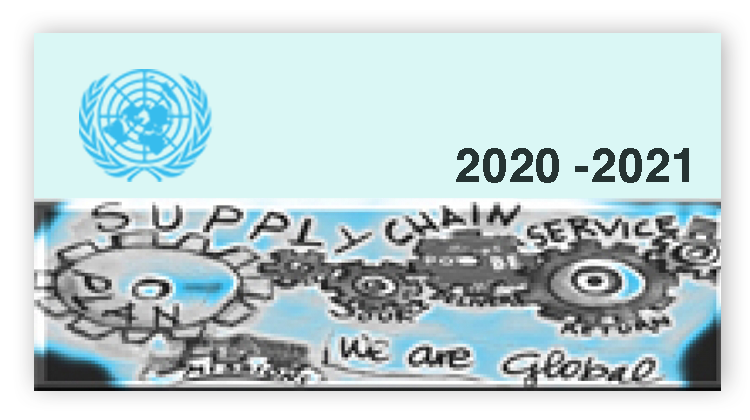